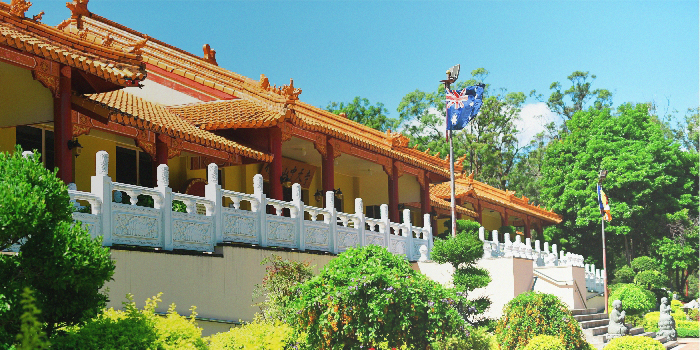 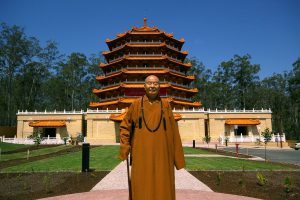 Venerable Master Hsing Yun is the founder of the Foguanshan Buddhist order (originated in Taiwan). His Dharma name, Hsing Yun, means ‘star cloud’ whilst Foguangshan means “Buddha’s Light Mountain”. After enduring poverty and oppression during World War II, he devoted his life to revitalizing Buddhism so that it belongs to the people – not just reclusive monastic orders.

He has focused on reforming Buddhism to be:
* a spiritual path in tune with contemporary trends
* part of people’s lives
* making it accessible to all generations and geography

Venerable Master Hsing Yun is an energetic and dynamic person from humble beginnings, within his own lifetime he has developed a global organization – the Buddha’s Light International Association (BLIA) that has libraries, temples and free health clinics around the world in over 200 locations. He is recognized as a global Buddhist leader alongside peers like the Dalai Lama.